Social media is a 24/7 job and one of the best illustrations of that is the rise of hijack marketing.

Hijack marketing happens when brands attempt to leverage on the publicity of a current event or issue in their marketing. Perhaps one of the most well-known and lauded examples would be Oreo’s tweet (“You can still dunk in the dark”) in response to the half-hour blackout that happened during the 2013 Super Bowl.

Power out? No problem. pic.twitter.com/dnQ7pOgC

When done right, hijack marketing can do wonders for your brand image as well as boost awareness for your brand. But it’s risky business; one wrong move could get you a massive amount of backlash.

So how do you do hijack marketing right? Here are some tips for those who are game for the challenge.

Timeliness refers to how quickly you respond to the event and since social media allows it to be instantaneous, the standards are high. Oreo’s lightning-fast response to the Super Bowl blackout was due to the fact that they had a team on standby during the event – representatives from the brand as well as their agencies were all present. Even though they were gathered together for other reasons (they’d bought an advertising spot in the Super Bowl and were monitoring social media response to it), when the blackout hit, they saw an opportunity and took it. The result was an unforgettable tweet that some would argue was the highlight of the game.

So what can we learn from this? The key to a timely response is to be prepared.

Granted, in reality many of us wouldn’t be able to respond as quickly as Oreo did. Unless you’re in the same room as your agency or client, it’s difficult to pump out content within the span of 30 minutes. But hijack marketing is time-sensitive and that means if you’re planning to respond, you need to do so ASAP. Trends get old very quickly in the age of real-time communication; if you’re trying to come up with something after everyone else has already moved on, you’re better off not saying anything at all. So if you don’t have a plan in place to keep up with and respond to these events, you’ll find yourself lagging behind.

Always do your research on the event or issue you’re planning to respond to before posting anything. We don’t just mean find out what happened but the nuances of it, like how people are interpreting or talking about it.

We can’t emphasise this enough – never talk about something you don’t understand. Topics that are sensitive in nature require a more tactful response. Some brands learnt that the hard way.

Iuiga, a Singaporean homeware retailer, received backlash after it tried to market a line of teapots named after a polar bear at the Singapore Zoo that had just recently passed away. This upset many who saw this as a company trying to profit off what was supposed to be a tragic event.

The United States Air Force also had to apologise for its poor attempt at jumping on the bandwagon of the “Yanny or Laurel” internet debate. It put out a tweet that said: “The Taliban forces in Farah city #Afghanistan would much rather have heard #Yanny or #Laurel than the deafening #BRRRT they got courtesy of our #A10.” You should never joke about people dying. Ever. 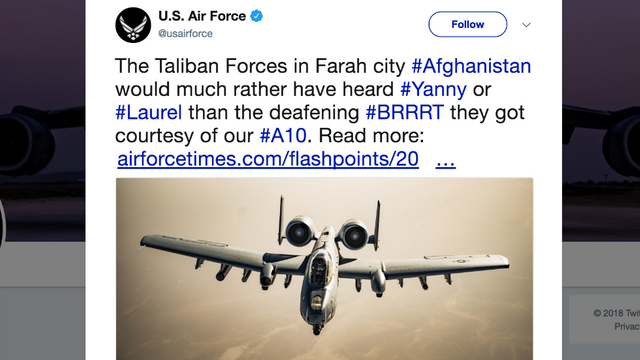 In general, avoid commenting on issues surrounding race, religion, politics and death. They are delicate subjects and shouldn’t be spoken about in a frivolous manner.

This leads us to our next point.

Double- and triple-check your response

There are many ways to interpret a tweet or a Facebook post. Hence, when crafting your response, make sure it cannot be interpreted in a way that could hurt your brand.

This, again, comes down to planning.

You should always assess your planned response and do a cost-benefit analysis, especially if you’re going to post about one of those aforementioned sensitive topics. A good way to do that is to put yourself in your public’s shoes and ask yourself these questions:

1. Is it appropriate for your brand to be commenting on this issue/event? Think about your brand image.

2. What are the possible ways to interpret your planned response?

3. What sort of potential backlash could you get?

4. Should you still go ahead with the response?

An example of a response that could’ve been better thought out was Starbucks’ “Race Together” campaign which was conducted in the US. The campaign was done in response to the deaths of Michael Brown and Eric Garner as a result of police brutality. Starbucks’ CEO encouraged baristas to engage customers in conversations about race by writing the words “race together” on their coffee cups. The gesture was labelled as superficial and was widely ridiculed. If Starbucks had considered its brand image as a gourmet coffee corporation vis-à-vis the race issue in US, perhaps the red flags would’ve been clearer.

“U want that coffee black? U sure? You should integrate it with milk, and I think Martin Luther King would agree.” #starbucks #RaceTogether

Furthermore, asking a barista to talk to a customer about an issue that has a long, deep-rooted history in the country over a cup of coffee made Starbucks look like they were trivializing the issue.

Not sure what @Starbucks was thinking. I don’t have time to explain 400 years of oppression to you & still make my train. #RaceTogether

As in the case of Starbucks, sometimes brands shoot and they miss. So it’s good to have a contingency arrangement in case your attempt at hijack marketing doesn’t go according to plan. This includes having a statement prepared to deal with potential backlash; you might want to consider hiring a PR team to help you out.

Hijack marketing might sound tough but the reward that comes with its success is significant. Hijack marketing isn’t just an effective way for your brand to build a more positive image through earned media, you also stand to gain a larger following on social media which translates to greater reach. In conclusion, when it comes to hijack marketing, do your research, tread carefully and you’ll be less likely to step on toes.

Success! Thank you for subscribing.

One Reply to “Hijack Marketing: How to do it Right”