Long before the Xbox and PlayStation rivalry, there was Sega versus Nintendo.

Nintendo was dominating the US game console market in the late ‘80s; kids were buying the Nintendo Entertainment System (NES) to play Super Mario Bros. Sega wanted a piece of the pie, thus began the company’s uphill battle to win the home console market. And win they did. Sega went from having only 6% of the market share in the early ‘90s to 65% in just a few years.

The Netflix limited series High Score, examines how Sega achieved this with the Genesis (aka Mega Drive) gaming system and Sonic the hedgehog. There were smart marketing and business decisions made. In this article, we highlight some of these decisions and explain why they were so effective.

1. Isolating part of the market to target

With Nintendo controlling over 90% of the home console market at that time, Sega had to play it smart. They did some research and found that Nintendo was played predominantly by boys aged 6 to 12. Teenagers weren’t such big fans. Instead of fighting with Nintendo over the younger demographic, Sega decided to focus their efforts on winning over teenagers.

This would go on to inform Sega’s other major business decisions, even in advertising. Sega launched an aggressive marketing campaign for the Genesis system with the tagline: “Genesis does what Nintendon’t”. The brazen declaration didn’t just make people pay attention, it also connected with the rebel in teenage boys. 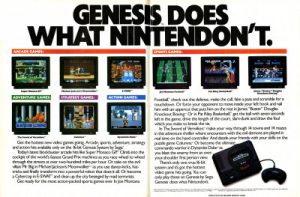 To defeat Nintendo, Sega knew they needed to create a hit game that could go head-to-head with Mario. The game mechanics were conceptualised first so they needed to design a character that would (a) fit the game, and (b) look different from Mario. 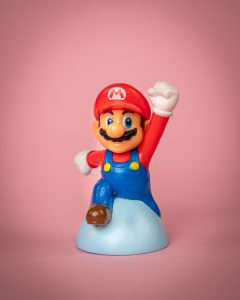 Mario’s design was on the cute side so Sega wanted something edgier. After asking some Americans to pick between three characters, Sega decided to go with the most popular choice – Sonic the hedgehog. Sonic wasn’t conventionally cute and had a bit of a rebellious streak in him, much like Sega’s teenage target audience. 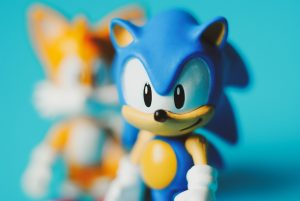 With Sonic, Sega further distinguished themselves from Nintendo. They created a character that looked and felt different from Mario and would appeal to the market segment they were aiming for. They were giving consumers an actual alternative to Nintendo. This would set the basis for a split in the gaming fan base – those who preferred Nintendo and those who preferred Sega.

3. Giving customers what they want

Another thing Sega did to appeal to their target market and set themselves apart from Nintendo was to bring in more sports games. They knew teenagers loved sports and would buy a Genesis just to play a good sports game. It also helped that the 16-bit Genesis console was more capable than the 8-bit NES at providing an experience that was closer to reality.

Sega worked with Electronic Arts, which had found a way to simulate American Football in a game, to release EA’s John Madden Football on the Genesis. The decision paid off big time. Many were buying the Genesis just to play Madden football and that helped Sega gain substantial market share.

The concept behind Sega’s move is really simple: give your customers what they want. Sega understood what teenage boys were looking for and strove to meet the demand. They won customers because they met a need and provided value.

The great battle between Sega and Nintendo is still remembered and discussed to this day. Sega’s case study proves that with a smart, well-thought-out marketing strategy that always puts its target customers at its core, an underdog brand can take on a giant. And win.